On June 3rd, 2008, a Persian silk Isfahan from the personal collection of Doris Duke, a tobacco heiress turned philanthropist and the Newport Restoration Foundation that she created in 1968 sold at Christie’s auction for 4.45 million dollars.  The rug, dating back to the early 1600s, is 7’5” x 5’7”, which means that its final sale price translates into $107,488.00 per square foot. For the sake of comparison, a very high-quality new rug could cost a consumer about $80.00 per square foot in today’s market.  The auction buyer, a resident of Long Island, NY; remained anonymous. 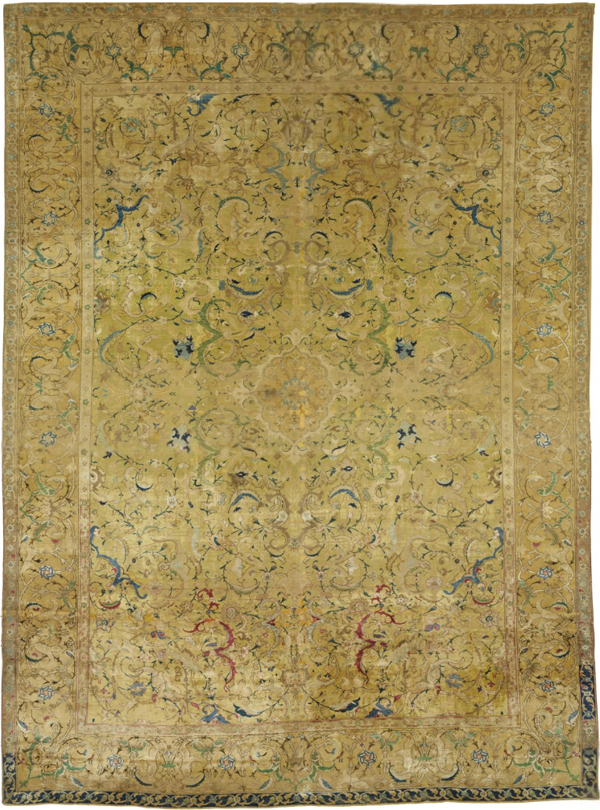 This record-breaking Isfehan was woven during the reign of Shah Abbas “The Great” (1588-1629), who was a ruler of Persia’s Safavid Dynasty.  Shah Abbas made Isfehan his capital, building magnificent mosques, baths, colleges, and other public facilities.  Isfahan came to be known as one of the most beautiful cities in the world.

The rug was purchased by Doris Duke in 1990.  Prior to that, it was in the collection of Grace Rainey-Rogers, who was an American collector of Islamic Art in the early 20th century.  In 1931, a number of items from her collection were part of the Exhibition of Persian Art held at the Royal Academy in London.  Due to the success of the exhibition, the curator, Arthur Upham Pope, published A Survey of Persian Art in 1938, which is a 6 volume retrospective.  The Isfahan rug is one of the few reproduced in full color. Mr. Pope wrote of the rug, specifically in reference to its coloring, “No more exquisite harmony was ever realized in any Persian Rug.” 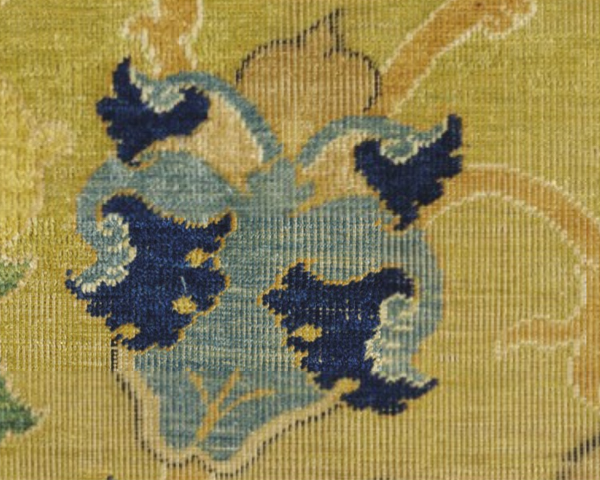 Doris Duke was the only child of James Buchanan Duke, who was a founder of the American Tobacco Company and the Duke Power Company.  He was also a benefactor of Duke University.  When Mr. Duke died in 1925, his daughter, who was only 12 years old, inherited an estate estimated at $80 million. 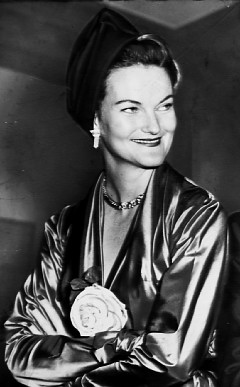 A honeymoon trip through the Islamic world, which also included an extended stay in Hawaii, prompted her to build “Shangri La” in 1937 on 5 acres of beautiful oceanside real estate.

The breathtaking Honolulu retreat integrates architecture inspired by various Islamic regions to the east with the styles and sensibilities of the Hawaiian islands.  For nearly 60 years, Ms. Duke commissioned and collected art and artifacts for Shangri La resulting in about 3500 pieces in all.  The home is maintained by her foundation and is open to the public for tours. 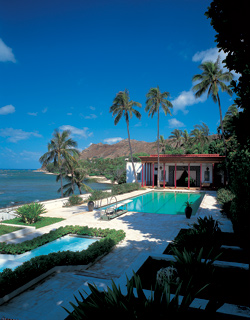 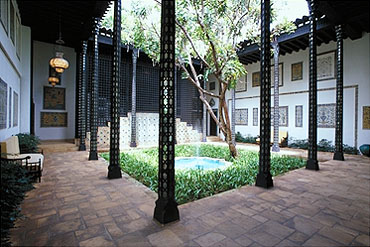