In February 18, 2009, Forbes magazine wrote that the rug could set a new record at auction, “[fetching] as much as $20 million.”  The quote was attributed to Sotheby’s Henry Howard-Sneyd, Deputy Chairman for Europe and Asia and International Director of New Markets.

This lavish rug, “The Pearl Carpet of Baroda,” would be a featured item in one of four inaugural auctions held in Doha, Qatar starting March 18, 2009. 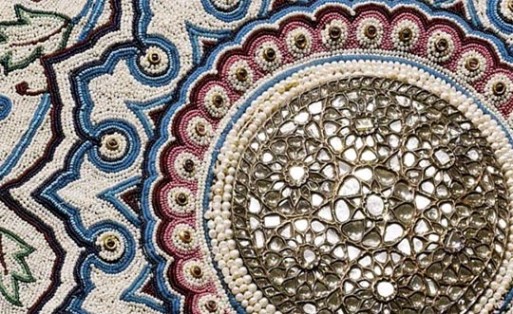 The Pearl Carpet of Baroda is seeded with over a million small Basra pearls and almost a million other beads and gems, including emeralds, sapphires, and rubies set in gold foil.  There are three rosettes down the center of the rug filled with roughly 400 carats in table and rose cut diamonds.  A rug of extraordinary opulence created in the mid 1860’s by commission from the Maharaja of Baroda, The Pearl Carpet is believed to have been intended as a gift for bestowal upon the tomb of the Prophet Mohamad.  The 5’8” x 8’8” rug was never brought to the tomb, likely because the Maharaja turned to Islam late in life; instead the rug stayed in the Maharaja’s family until 1988.  Flamboyant Maharani Sita Devi is believed to have inherited the rug in the 1950’s, and it remained in her private collection for two years following her death in 1986.  Most recently the rug was exhibited at the Metropolitan Museum of Art from September 14, 1985 to January 5, 1986. 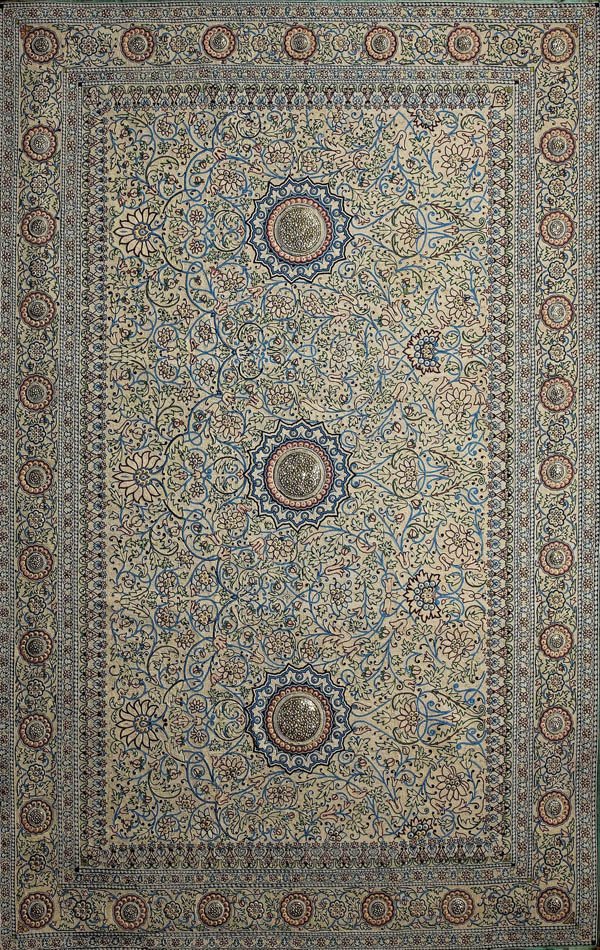 Numerous news outlets have speculated that the selling price of the Pearl Carpet of Baroda fell significantly short of expectations due to the impact of the waning world economy.  This is certainly a reasonable explanation when “luxury” retailers, like Saks Fifth Avenue and Neiman Marcus, have weathered a 25% decline in sales this year.  In April 2008, Sotheby’s held an Islamic art sale in London that grossed $31.1 million.  A similar sale held by Sotheby’s in October, only 6 months later, after the fall of Lehman Brothers and a huge drop in crude oil prices netted less than half of the April total.

Curiously, both the seller of the Pearl Carpet of Baroda and the buyer have chosen to remain anonymous.  The seller has been acknowledged as a private entity, and the buyer placed the winning bid via telephone.