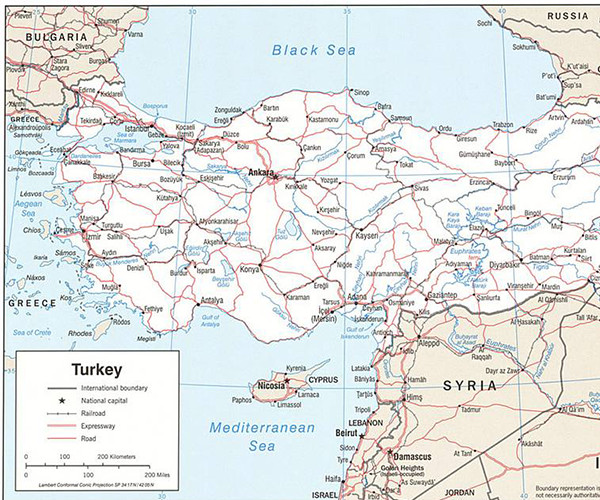 Hereke (Herekeh): Hereke is a city in Northern Turkey positioned between the Mediterrean & the Black Sea about 40 miles from Istanbul. Sultan Abdulmecid, Ottoman Emperor, established the Hereke Imperial Factory in 1843 to produce carpets, fabric, upholstery and curtains exclusively for the Ottoman Court. Master weavers from Kerman were imported to weave and supervise the weaving, resulting in almost half of the rugs woven featuring Kerman designs. Hereke production was interrupted in 1878, when the factory burned down. The factory was rebuilt in 1882 and during the late 19th and early 20th century, Hereke rugs were producted for aristocracy, dignitaries, and visiting heads of state. Rugs may feature intricate florals or have animal designs. Fine silk Hereke rugs are highly collectible and sought after by wealthy Europeans and Turks.

Melez: A Turkish prayer rug that is somewhat coarsely woven, featuring a unique geometric Mihrab (prayer niche) design. As a prayer rug, sizes are small, and a Melez rug woven prior to 1900 in good condition is considered "museum quality." The Art Institute of Chicago has a Melez rug in its permanent collection. The field color will be dark, like red or blue, surrounded by a dark border, followed by a light border in ivory or yellow, surround by another dark border at the very outer edge of the rug.

Sivas: Sivas is a city in North Central Turkey where rugs are produced based on Persian designs. Turkish Sivas rugs are rare on the market, and new Sivas rugs are being woven in India for export. Sivas was a city where rugs were woven by prisoners through jailhouse work programs. Sivas rugs, with their fine weave and closely sheared pile, are considered the best of the Turkish room-size rugs. Designs following after the Persian influence feature medallions and all-over patterns of palmettes with curving vines and flowers. Colors are generally soft ivory, beige, and gold with red and blue.

Turkey: Weaving in Turkey dates back to the 12th century, however rug making in Turkey did not reach its crest until the Ottoman Empire with the establishment of the court workshop in Hereke. Another court workshop was opened in Istanbul in the 19th century, and rugs made here were exported to Europe. Fine Turkish court rugs from the 16th and 17th century are seen depicted in some European paintings of the time. Turkey has a tradition of flatweave kilim rugs made by Yuruk nomads and the semi-nomadic Kurdish tribes. Rugs woven prior to the industrialization of Turkey in the early 1900's are superior to those woven after that time, when some of the best weavers turned to other sources of income that were more lucrative. Some of the most well known Turkish rugs are the Hereke, Ushak, Melez, Sivas, and Turkish Kilim. A lesser quality Turkish rug is the Sparta rug, which was made in the towns of Isparta and Smyrna during the 1920's and 1930's. Armenian refugees displaced during World War I wove thousands of these rugs. Sparta rugs were made to copy the look of a Sarouk rug with an all-over floral design on a red or blue field, however, they lacked quality wool, and, as a result their durability was compromised. Additionally, the design renderings had a mechanical look that lacked the appeal of a Sarouk rug. Turkey still weaves rugs today, however, they are less prevalent in the American market than rugs from other countries. In Eastern Turkey, near the Iranian border, where the labor cost is lower, Kurdish rugs and rugs for export are being made.

Ushak (Oushak): Ushak is a city in Western Turkey that has been a major center of rug production from the beginning of the Ottoman empire. The height of rug production in Ushak was between the 15th and 17th centuries. A prevelant design from this era is referred to as the Star and Medallion. Rug production fell off in the 18th and 19th century and little is known about rugs produced during this time. Ushak rug production began again in the early 1900's with large, room-sized rugs more often featuring an all-over pattern intended for export to the European and American markets. Generally, Ushak rugs have a low pile and soft coloring in tones of apricot, cream, and gold, however, there are rugs woven in deeper shades. Ushak "style" rugs are woven in Pakistan and India today. Higher quality new Ushak rugs will be colored in most cases with vegetable dye and less frequently with good synthetic dye. Wool colors are selected to simulate the abrash of differing dye lots and the patina of age. Lower quality new Ushak rugs will be heavily chemically washed to create that aged appearance, which may negatively impact their durability.

Yuruk (Yoruk): Yuruk are a Turkish people, some of whom are still nomadic, primarily inhabiting the mountains of Anatolia and parts of the Balkan peninsula. Their name derives from the Turkish verb yürü, which means "to walk", with the word Yuruk meaning "those who walk." Yuruk rugs were made in Eastern Anatolia, so they may bear a resemblance to rugs woven in the Caucasus region. The Yuruk make both flatweave and hand-knotted rugs. Designs are abstract and geometric like the oldest Turkish carpets. The rugs rarely display floral motifs and when they do, they are highly stylized. Colors tend to be dark and have a purplish hue; more varied colors appear in rugs woven in the early 19th century.