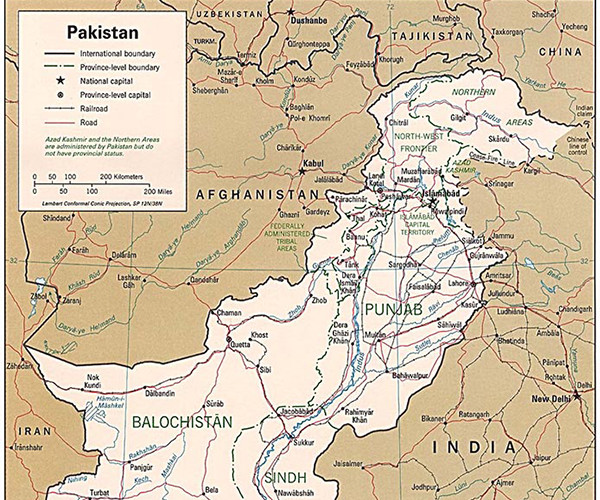 Baloch (Balochi, Baluch, or Baluchi): Balochistan is a region in Southwestern Pakistan. The region is named after the Baloch people of Southeastern Iran on the Pakistan Border. The Baloch people moved into Pakistan around 1000 AD. Currently, about 25% of the Balochi people live in Iran and 60% live in Pakistan. Because this area is dry, particularly on the Iranian side of the region, the wool used to make Balochi rugs tends to be dry and low in quality. Goat hair is often used for the foundation and the overcasting around the edges of these rugs. Patterns are geometric and colors are generally dark and somber with many rugs woven in shades of brown, beige, and dark red. These tribal rugs are made by the people for their own use, rather than export, as a result, rug sizes are smaller, and there are many small Baloch prayer rugs exhibited and sold today.

Ghazni: The name of a region in Afghanistan which produces very good quality wool. The term has been overused and many rugs referred to as "Ghazni" are not actually made of Ghazni wool.

Lahore: Lahore is is the capital of the Pakistani province of Punjab and the second largest city in Pakistan after Karachi. Lahore is considered the cultural heart of Pakistan. During the reign of Akbar Shah in the 16th century, Persian master weavers were brought to Lahore. Lahore rugs attracted the commercial attention of England in the 17th century and were exported to England by the East India Company. This city is one of the places where prison weaving took place. The central jail held as many as 2,000 prisoners, and, in the prison "School of Industry," wool and cotton rugs were woven. The market for rugs from Pakistan cooled during World War II, but was revived in the late 1940's and weaving gradually increased in Lahore after that time. During the early 1970's Lahore began to weave the Pak Bokhara from Turkoman designs, and in the 1980's they started weaving Persian influenced rugs featuring motifs like the boteh (pear). The quality of new Lahore rugs could be considered passable as they are not very densely woven.

Pakistan: Pakistan is the sixth most populous country in the world and has the second largest Muslim population after Indonesia. Pakistan means "Land of the Pure" in Urdu and Farsi. Rug making centers in Peshawar and Lahore. Rug weaving began in Pakistan during the reign of Akbar Shah in the 16th century when Persian master weavers were brought to Lahore. Weaving as an industry in Pakistan was commercialized with the creation of the East India Company, which exported goods from the East to Europe. Pakistan has been weaving Oriental rugs for the American market since the late 1940's, following the 1947 partition of British India into India and Pakistan. After the partition, Muslim weavers migrated to Lahore where they undertook other trades. As the market for their rugs developed, weaving for export in Pakistan resumed. Today Pakistan weaves rugs in the style of the Turkoman Bokhara and the Turkish Ushak as well as rugs influenced by Caucasian and Persian designs. At present, hand-knotted carpets are among Pakistan's leading export products and organized rug weaving is the second largest "small" industry in the country.

Peshawar: Peshawar is a city northwest of Pakistan near the Afghan border. After the invasion of Afghanistan by the former USSR, many Afghanis moved there. Pakistanis who owned businesses in Peshawar provided employment to capable Afghani weavers. The fruits of this arrangement were rugs that have the faded colors and softly aged appearance of old Turkish Ushak rugs and those brightly colored rugs with geometric designs made to look like old Caucasian rugs. Generally, the colors of the Pak Ushak rugs are produced by using naturally dyed wool. Washing the rugs after finishing continues to accentuate their aged look. This style of rug became very popular starting in 1998, and the height of its popularity occurred around 2004. Weavers in Peshawar have done an admirable job of copying the style of old Persian rugs as well. Both Pak Ushak and Pak Caucasian rugs, have flat edges with a thin single or double row of overcasting. Fringe is often short and is left unknotted after the end of the rug has been bound. Rug foundations may be unbleached or gray cotton.